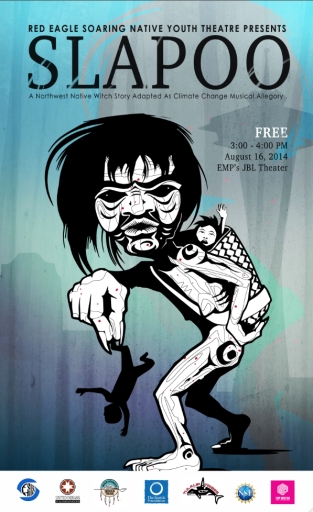 August 16th is Indigenous Cultures Day at the Seattle Center; bring your friends and family to celebrate Native arts and culture, including independent Native-produced films (screened in the EMP’s JBL Theatre), a Tribal Canoe Journey exhibition, pow wow, arts and crafts, and food – and please join Red Eagle Soaring in celebrating our youth learning about and sharing Native arts and culture.

Lily Gladstone (Blackfeet/Kainai/Niimiipoo) is an actress, theatrical artist, workshop facilitator, and educator. In 2008 she graduated from the University of Montana with high honors. She holds a Bachelor of Fine Arts in Theatre with an Acting focus, as well as a minor in Native American Studies. Since graduating from UM, she has worked professionally on stages and screens around the United States. She is a company member with Living Voices, a touring educational theatre based in Seattle, WA. Lily has also toured nationally with The Montana Repertory Theatre in “To Kill a Mockingbird” and “The Miracle Worker”. She has appeared in the films “Winter in the Blood”, “Jimmy P: Psychotherapy of a Plains Indian”, and “Universal VIP”. “Working with Red Eagle Soaring has been a long time coming, and I couldn’t be prouder to have been invited to do so!”

Roger Fernandes (Lower Elwha Klallam) is a storyteller, artist, and educator whose work relates to language, ceremony, and story. He grew up in Seattle in a family actively engaged in their culture with singing, basket making, artwork, and stories.

“There was a time when there was no internet, no television, and no books. Before all these modern methods of communication and teaching, Native people used storytelling and art to convey important cultural knowledge and information. We modern people must be reminded of the place story and art play in the lives of our ancestors so we can integrate them into our journey to reclaim our heritage.” 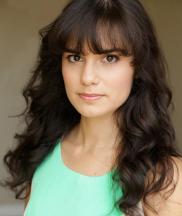 Award winning jazz vocalist Julia Keefe (Nez Perce) has been turning heads and dazzling audiences at jazz clubs from New York to Paris, and from Washington DC to Los Angeles. Julia began singing jazz in the seventh grade at St. George’s School in Spokane, and received her jazz training at the University of Miami’s Frost School of Music, graduating with honors and earning her Bachelors in Studio Music and Jazz Voice. In 2009, Julia performed a tribute concert “Thoroughly Modern: Mildred Bailey Songs”, with the Jerrol Pennerman Octet on the National Mall in Washington D.C. at the National Museum of the American Indian in a featured event of the Smithsonian Institution’s National Jazz Appreciation Month. Her efforts to have Mildred Bailey inducted into the Jazz Hall of Fame at Lincoln Center have drawn national attention from the media, including National Public Radio. Julia’s campaign on Mildred Bailey’s behalf has also received support from the Idaho State Legislature, Governor Butch Otter, the Coeur d’Alene Tribe, and the National Congress of American Indians. In addition to several previous live recorded albums, Julia’s debut studio album “Pure Love” was recorded in Paris, France in 2013. She currently lives in Los Angeles where she is pursuing careers in both singing and acting.

Louie Gong (Nooksack) is an educator and artist who was raised by his grandparents in the Nooksack tribal community. He is also the founder of Eighth Generation, through which he merges traditional Coast Salish art and icons from popular culture to make strong statements about identity, such as his highly sought-after, hand-drawn custom shoes. By choosing the name “Eighth Generation”, Louie intends that respect for the previous seven generations and a spirit of giving back is imbedded in his work. www.eighthgeneration.com.

Louie is the creator of the Slapoo imagery used in our poster and other production visuals.

Megan Bang (Ojibway), received her doctoral degree in Learning Sciences from Northwestern University; she has a diverse and expansive body of work and experience as a Native community-based educator and researcher, studying and designing learning environments for Native students that value Indigenous knowledge and practices. Read more about her work here: http://livinginrelationships.wordpress.com. 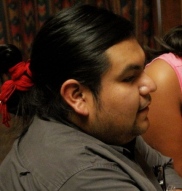 Michael Sekaquaptewa (Hopi, Navajo) is a multi-media artist and educator living on the Yakama Indian Nation reservation. Mike is the Multi-Media Specialist for the Yakama Nation Library, and the Director of the Yakama Nation Library Multi-Media Camp, an annual week-long inter-generational Yakama cultural learning community hosted by the Yakama Nation Cultural Center and guided by the tribe’s traditional elders. For the last 4 years, Red Eagle Soaring has been the Mulit-Media Camp’s theatre company in-residence, bringing together reservation and urban Indian youth to perform a traditional Yakama story onstage at the Yakama Nation Cultural Center Theatre. In facilitating this artistic collaboration, Mike has built a sense of community and tapped into the teaching power of Yakama cultural traditions, empowering Native kids to know and sustain their cultural heritage.

Red Eagle Soaring is honored to bring Mike west of the mountains to direct the shadow puppetry elements of Slapoo and inspire calm with his unflappable demeanor.

Clarita Lefthand-Begay (Navajo), MS, Ph.D. received her doctoral degree in Environmental and Occupational Health Sciences from the University of Washington’s School of Public Health. Presently, she is the Director and Principal Researcher of Hózhó Research & Consulting in Seattle, Washington. Her research examines environmental health disparities, water security, climate change adaptation barriers and indigenous environmental values. Over the past 10 years, as a research scientist, she has carried out several research projects, such as a microbial source tracking project and decision analysis project, for tribal communities. She enjoys mentoring students and teaching about water security and environmental health topics.

Jude Apple received his doctoral degree from Tufts University; Jude studies the response of marine and estuarine bacterioplankton to ocean acidification and climate change, and works at Western Washington University’s Shannon Point Marine Center (http://www.wwu.edu/spmc/). As coordinator of Shannon Point’s involvement with COSEE Pacific Partnerships, Jude is engaged in numerous educational endeavors related to marine science and promoting ocean literacy, including teaching institutes for community college faculty, facilitating Shannon Point’s interactions with public and informal audiences, and serving as an instructor for Communicating Ocean Sciences to Informal Audiences (COSIA) courses. He is also involved in a number of programs that focus on experiential, inquiry-based learning and use hypothesis-driven research as a teaching platform. These include the NSF-funded Research Experience for Undergraduates (REU) Program and Mulit-Cultural Initiatives in Marine Science: Undergraduate Program hosted at Shannon Point and the Native Environmental Science (NES) Internship Program at Northwest Indian College.

Dr. Apple will be leading an ocean science cruise for Red Eagle Soaring youth to the Straits of Juan de Fuca aboard the NOAA research vessel Centennial.

Melissa Woodrow (Wuksachi Band of Mono Indians) earned her BA in Cinematic Arts and Technology from Cal State University Monterey Bay and worked for 5 years as the Stage Manager for the Western Stage Theater Company in Salinas, California. Melissa is currently attending University of Washington and pursing a Masters in Communications through the Native Voices Indigenous Documentary Program, while also working as a Production Intern for Longhouse Media, and freelance Media Marketing consultant.

Pamela Bond Coello (Snohomish) is Fish/Wildlife/Environment Coordinator for the Snohomish Tribe of Indians, and is a creator of traditional Co-Salish cedar regalia.

Jeff Barehand (Navajo, Gila River) is an actor, singer, filmmaker, and current Board President of Red Eagle Soaring. Jeff is the founder of the Olympia Film Collective; the owner of Sky Bear Media, LLC; and is active in regional musical theatre, having appeared most recently in Man of La Mancha at the Tacoma Musical Playhouse. Jeff also appears in the upcoming Ben Kadie film Blackroot. 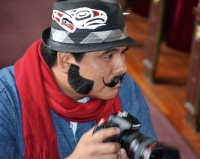 Becca Kirk (Klamath, Ojibway) is a powerful singer of songs both traditional and contemporary; a business manager for young Native performing artists; mentor to Native youth; a Red Eagle Soaring alumna and Teaching Artist Intern; and a student in Native Leadership Studies at Northwest Indian College.

Dyami Thomas (Klamath, Ojibway) is a Red Eagle Soaring alumni, and an actor and model. Dyami currently is cast in Runestone, a new TV series being filmed in Oregon, and you can find him on the cover of August’s Native Max magazine.

Nicole Suyama (Inupiaq) is a Red Eagle Soaring alumna and current student at Central Washington University. A fearless actress and singer, Nicole has appeared onstage in Washington Ensemble Theatre’s musical The Callers, and is known for her spirit of adventure and fun. 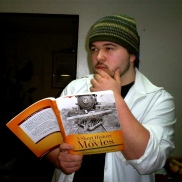 Dylan Elwood DeCoteau (Turtle Mountain Chippewa) is a Red Eagle Soaring alumni; a Longhouse Media alumni; a student at Shoreline Community College; and a writer and filmmaker. Dylan is known as a Master of Improv with a particular gift for finding humor in the bizarre.

Shanoa Pinkham (Yakama, Southern Cheyenne, Nez Perce, Grande Ronde, Potowanamee) is a Red Eagle Soaring alumna; a Longhouse Media alumna; a Clear Sky Native Youth Council Mentor; a graduate of the University of Washington; and a filmmaker. Shanoa served as Miss Indian Nations in 2012, and credits Red Eagle Soaring with helping to build her public speaking skills and the confidence to represent her people on a national stage.

Ramon Shiloh (Creek, Cherokee, Filipino) is a Renaissance man of many gifts. Besides being a talented teller of traditional stories, artist, and illustrator (check out his latest: http://www.amazon.com/Otter-Spotted-Frog-Great-Flood/dp/1937786129) – Ramon is a talented chef who loves applying the principles of food sovereignty in his kitchen, and who embodies the Native belief in imbuing cooking with a love and compassion that feeds our spirits as well as bodies.

Gary LaPointe (Rosebud Sioux) is a veteran; Boy Scout Troop leader; and entrepreneurial aficionado of all things tipi-related. Need to rent or buy a tipi, or learn more about tipi history or construction? Contact Gary (www.tipiguy.com)