“Losing the language means losing the culture. We need to know who we are because it makes a difference in who our children are.” — Dottie LeBeau

In efforts to both revitalize and revive our unique and beautiful traditional languages we need to be creative in our approaches to do so, especially with our wakȟáƞheža (children). Study after study has shown that the earlier a child is exposed to languages the easier it will be for them to both learn and use them. This is especially important when looking at the survival of our traditional Native languages.

While most of us do not have the opportunity to have our wakȟáƞheža exposed to fluent speakers, or have access to immersion schools, there are simple strategies we can use to help with the learning of traditional languages. We will be sharing these strategies with you.

This activity, done in Lakota, is a part of the LRInspire series: Native language learning strategies.

For this activity select four to five objects that you and your wakȟáƞheža are either currently learning the name of, or already know. 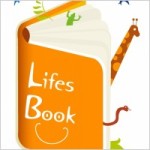 With my boys we sit on the floor across from each other and place the objects in between us. We then take turns picking up an object and asking each other:

Whoever is holding the object responds, for example:

This simple exercise can be repeated with new objects and is a great way to both learn new vocabulary and how to use that vocabulary in a sentence.

Once this exercise is mastered you can add an additional step by asking the question:

The person not holding the object would respond:

If you do not have more than two people to do this extra exercise you can use a toy, or teddy bear, to stand in for an extra person.

6 thoughts on “Speaking Lakota! Everyday Strategies to Learn Lakota “What do you have?” by Matt Remle*”