The Northwest region’s Native community is vibrant, and a force to be reckoned with.  From art and education to social services and political advocacy, KCBS recently featured some of the leaders empowering the Native experience.

91.3 KCBS in Seattle sat down with activists, educators, and artists from the regions vibrant and active Native community.

Episode 1 – Last October, local Lakota activist, Matt Remle made a breakthrough in Seattle with the replacement of Columbus Day for Indigenous People’s Day.  The event made national and international headlines. Remle discusses the importance of recognizing Native Americans on Columbus Day.  He is a writer and editor with Last Real Indians.

Episode 2 – This year, all Washington public schools are mandated to teach Native American history and governance in the curriculum.  Mike Vendiola (Swinomish) is Washington State’s Native Education Program Supervisor for the Superintendent of Public Instruction.  He explains the need for the legislation.

Episode 3 – Chief Seattle Club Executive Director, Colleen Echohawk (Pawnee) explains one of the core reasons why there’s a disproportionate number of Native Americans on the street and without a home.

Episode 4 & 5 – Louie Gong (Nooksack) is an arts entrepreneur and educator who founded Eighth Generation.  He breaks down cultural appropriation and the impact on the native community. 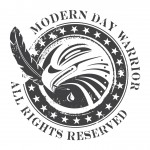 Matt Remle (Lakota) is an editor and writer for Last Real Indians. Photo by Alex Garland 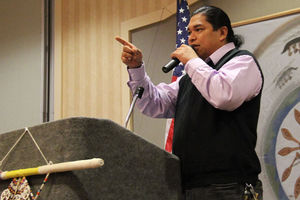 Mike Vendiola (Swinomish) is Program Supervisor for the Office of Native Education in Washington State.

Louie Gong (Nooksack) is the Founder of 8th Generation