The power of music.  The power of word.  The power to inspire, to empower, to uplift.  On the recently released ‘The Last Stand Mixtape Vol 1′, over twenty Native spoken word, R&B and hip hop artists have collaborated to bring a message of hope, empowerment and inspiration to Native youth.

“Remember the first time you heard a song, verse, line, beat, or poem that helped you make sense of your world? Remember how it spoke to whatever you were going through at the time? We all became artists because of that moment. We all became artists because we believe in art, music, poetry, and a song’s power to impact lives. The Last Stand is a return to those seeds of inspiration that got us to where we are today –practicing, breathing, working, and living artists.” 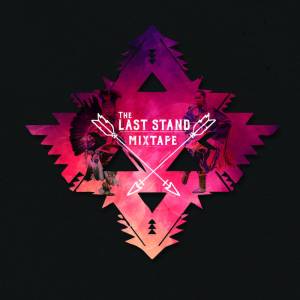 I remember the first time hearing Tupac’s words “They got money for wars, but can’t feed the poor.”  Simple, direct, yet cutting straight to the reality of living under a military industrial complex.  A message the resonates even clearer in our post 9/11 Homeland Security society.

The Last Stand Mixtape Vol 1, is one such effort.

“I stand for the power of art to bring about healing and change for the communities we call home.” — Frank Waln

For 22 tracks, The Last Stand Mixtape Vol 1, featuring prominent and stand out artists like Frank Waln, Inez Jasper, SupaMan, Tall Paul, and Mic Jordan, delivers on its mission to “to take a stand to express what we believe in. We hope to inspire and empower Native youth through spoken word and hip-hop as well as to promote collaboration between Native artists in mutual genres.”

The artists collected here represent what’s best about music and about the best part of who we are as Native peoples.  Instead of using music as a means to uplift only oneself, these artists seek to using their talent to bring Native youth, and our communities, up with them.

“I stand for the youth: the the most powerful powerless human beings on the planet. By empowering the youth through music we can break the cycle of oppression.” — Mic Jordan 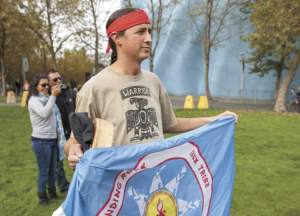 Matt Remle (Lakota) is an editor and writer for Last Real Indians and LRInspire.