Straight from Pine Ridge, B.C.P rises up with a warriors heart and a warriors passion to drop his latest release 3rd World Music.

Crafted and created on the Pine Ridge rez, 3rd World Music is B.C.P’s latest release as a solo artist.

B.C.P (Big Crow Playa) was originally a part of a group that was destined to break big in the early 2000’s, but suffered a set back due to the imprisonment of one of its members, Don J, on attempted murder charges and the deployment of another member, Cnipa~Royal. Left to stand on his own, B.C.P took the opportunity to find his own musical talent.

In 2009, Don J was released and Cnipa~Royal returned from service. Things were looking up for this group of hustlaz, warriorz, and street savvy M.C.’s, until DJ Locc was imprisoned again. As he waited for the release of Don J, B.C.P purchased a computer and built a home recording studio. After the loss of his first child in June of 2009, he decided to not wait any longer and was now a mission to make it, determined to let the word know that he was not going to take anymore losses, and started recording in December of 2009.

In 2014, he released his first album “Fuk Yo Feelings” by Royalty Music Ent, with a feature from Carolyn Rodriguez, a well known hip hop artist, a first from an artist from Pine Ridge.

Upcoming projects for B.C.P include a collaboration with 2016 XXL Magazine Freshman Nominee “KAP G”.  B.C.P has also been nominated for a 2016 Native American Music Award for Best New Artist and Best Hip Hop/R & B Song.

B.C.P is involved with his community at an annual event during the Oglala Nation Powwow & Rodeo called “Summertime in the 605”, which is an event featuring local talent from rock, rap, hip hop, country and R&B.  B.C.P’s vision is to open a recording studio this coming summer in Pine Ridge for artist who cannot afford studio time.

It is also available for download or CD @ http://www.cdbaby.com/m/cd/bcp12 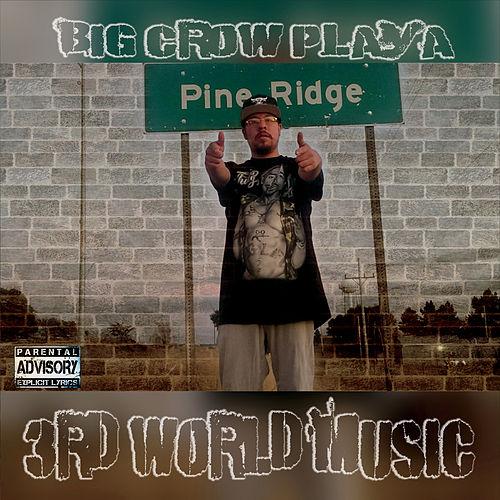