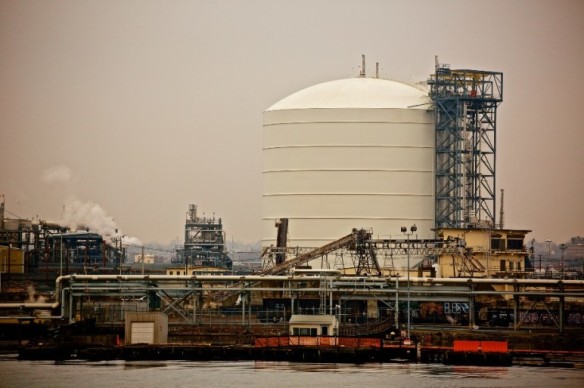 Statement on the proposed LNG facility by the Puyallup Tribe.

“After taking leadership in opposing – and ultimately defeating – a proposed methanol plant on the boundaries of their reservation this year, the Puyallup Tribe of Indians now again stands firmly the liquefied natural gas (LNG) plant slated to be built, again, on the Tribe’s reservation boundaries at the Tacoma tideflats.

The Tribe is gravely concerned that the risks to Tribal members, the public and the environment have not been adequately disclosed. As the facility’s proposed location is in the heart of Tacoma, the Tribe asserts that the siting of an 8 million gallon storage tank and the facility to process the natural gas and cool it as liquefied natural gas in the middle of an urban population center is simply unacceptable. The Tribe maintains that the risks involved with the process and storage facility, including the potential for a catastrophic explosion, have not been adequately communicated to the public or the permitting authorities. In addition, the Tribe contends that the siting of the facility on the Tacoma tideflats will undo decades of progress to make the Tacoma waterfront a Pierce County treasure again.

Secondly, the Tribe is concerned that there is a very high likelihood that contamination exists at the site of the proposed LNG

fueling docks for ships in the Blair Waterway. With its history of serious pollution, the contaminants in the sediment are harmful to the environment and to people if they are exposed through contact or by eating fish that have been exposed to the contaminants. The site, in spite of numerous adjacent cleanups, has not been tested and the Tribe has been litigating this matter to determine exactly what contaminants are there and how they should be addressed before being stirred up and released back into the waterway.

Thirdly, the Tribe is deeply troubled and outraged that the permitting agencies are relying on false information that there are no salmon present in significant enough numbers in Wapato Creek to warrant any additional protections for fish and, therefore, people who eat fish. Wapato Creek has received significant attention, and dollars, in the last few years with multiple restoration sites and is home to salmon, including species listed under the Endangered Species Act. The mitigation sites also provide the last remaining mudflats in all of Commencement Bay that offer a place for rest, foraging and other essential life behaviors for three species of fish listed under the Endangered Species Act.

The Puyallup Tribe has monitored Wapato Creek and the Waterway for decades formally and for time immemorial as a fishing people. In fact, spawning has been documented in Wapato Creek. Yet agencies are failing to recognize the information provided by the Tribe as to the presence of fish and the potential impacts construction and operation of the LNG facility will have on those fish.”