Dear Tribal Leaders and Supporters, As you are no doubt aware, North Dakota State law enforcement forces have engaged in heavy-handed, illegal, and violent oppression of the water protectors who are now engaging in peaceful and prayerful exercise of their constitutional rights to demonstrate against the Dakota Access Pipeline.Powerful less-lethal weapons have been deployed against these unarmed persons. I have witnessed and experienced this violent assault on our people personally at the Backwater Bridge this past Sunday evening. These efforts, including the use of concussion grenades, resulted in grave injuries to Sophia Wilansky, who was carrying water to the protectors. She has undergone major surgery and according to a statement by her family will have at least one more in an effort to save her arm, which was badly injured when it was hit by an exploding concussion grenade deployed by law enforcement. Clearly, the deployment of such force against unarmed demonstrators shows that the North Dakota authorities have little regard for our people.

We have pleaded with the governor of North Dakota, the U.S. Department of Justice, the Army Corps of Engineers, the United Nations, and President Obama himself to stop this violence to no avail. It is time for us to take action. The state of North Dakota is spending a large portion of its law enforcement budget to inflict this violence upon our people. We must act to curb the state’s ability to use militarized law enforcement tactics against our people. While we ask that supporters continue to donate funds where they can, today I ask that all people who oppose this kind of violence against unarmed and peaceful people begin to consider when to keep their cash in pocket as well.

I urge you to join with the Cheyenne River Sioux Tribe in effecting a complete economic boycott of the cities of Bismarck and Mandan, North Dakota. We will no longer spend even one dollar at local businesses. In September, the Cheyenne River Sioux Tribal Council voted unanimously to divest all tribal money from Bismarck and Mandan and asked that tribe members not spend any monies in these cities. We are now asking that ALL people who oppose this pipeline join us.

These communities have led the violent law enforcement efforts against our people and we will not support them financially. If these communities will not listen to our reasoned pleas for justice and fairness, we must speak the only language they seem to have understood throughout the entire DAPL project: MONEY.

I look forward to your cooperation in this effort and I call on all people who oppose violence against unarmed and peaceful citizens to #BoycottBismarck.

To book an interview with Chairman Frazier please contact:
Darcy Totten
Founder, Activism Articulated
512.577.3107
darcy.totten@gmail.com
http://www.activismarticulated.com
“Be A Voice Not An Echo” 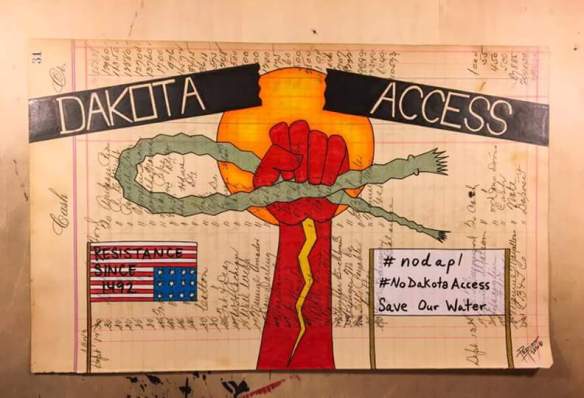