The Wahcazi or the sunflower was very significant to the Lakota people. At one time, they all wore it upon their chest as a medallion during the sundance, instead of the four colors or the symbols you see today.

The Lakota people respected the sunflower for it’s endurance, for it’s constant standing in prayer with the sun and following it in prayer each and every day. This prayer was followed by the Lakota for the four days of sundance. 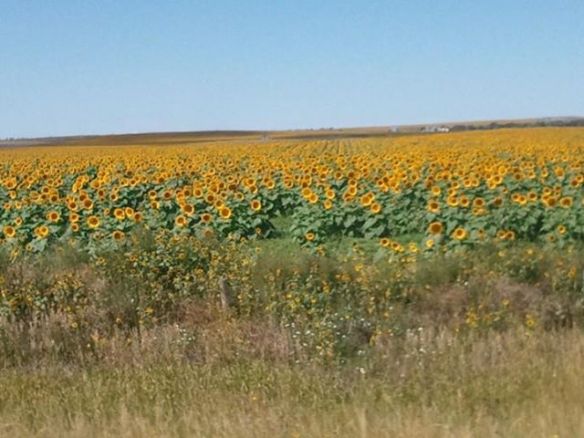 This was back when the plant nation and the red nation had a mutual respect for one another. Back when we learned from the “standing nation” how to be in life. and learned resiliency from the plant world.

This was before the invasion and our ways were stripped from us.

When I first decided to make the sunflower medallion, I asked my mom about it. She told me what she learned of it from my step dads Grandpa Pete Catches, Sr. Which is what I have written above. Then we researched it on the internet.

We found it mentioned again in Russell Means’ book Where White Men Fear To Tread, where he talks of hearing the story from Pete Catches, Sr. and then Pete letting him dance with his own beaded sunflower medallion.

My Grandpa Rick Two Dogs also told me of the way we mimicked the sunflower during sundance and followed the sun was a way to honor the sunflower.

Then other people began messaging me, telling me of remembering the sunflower medallion. And I wondered, in this day when most men wear medallions with more masculine symbols such as eagles, buffalo, etc. At what point in time did we lose our honorable nod to the plant world? And what other, or how many other ways of ours are still lost.

My sunflower medallion now owned by my brother Mike.

3 thoughts on “The Sunflower Medallion by Dana Lone Elk”