On September 5, 2017, the Seattle Public School District will hold an opening ceremony for the Robert Eagle Staff Middle School in North Seattle. The Wilson Pacific School is being renamed in honor of Robert “Bob” Eagle Staff, a long-time Seattle educator and principal who is credited with helping to develop Seattle’s Indian education program into one of the Nation’s finest, including dramatic improvements in Native American student achievements and graduation rates.

Bob Eagle Staff began working in the Seattle Public School District in 1983. In 1989 when he became principal of the Indian Heritage High School, the school was suffering from unacceptably, low graduation rates and low morale, along with a rapidly declining enrollment. This extreme situation prompted local Seattle Native Americans to refer to the Heritage School as, “the last stop on the way to no future.”

Being a hands-on leader, Bob changed that by recruiting young Native American teachers and instilling respect for native culture and promoting a drug and alcohol free lifestyle, thereby transforming the aging school from a facility filled with despair and hopelessness into a vibrant and thriving educational community.

Bob Eagle Staff, son of the late Esau and Margaret Eagle Staff, was born and raised on the Cheyenne River Indian Reservation in South Dakota. He spent his early years in Red Scaffold, which is a rural, traditional community on the reservation. 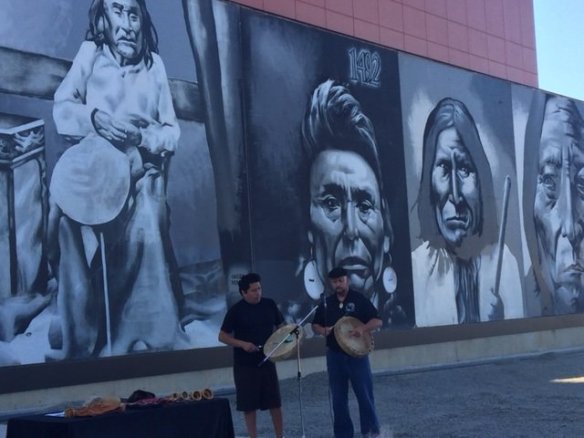 Throughout Bob’s travels and years of education, he continued to embrace his Lakota heritage. It was often stated that “Bob was first and foremost a Lakota.” Bob lived his life through the participation in the lifeways of the ceremonies that included the “hanbleciya”- vision seeking, and “wiwanyang wacipi”- sun dance. These accomplishments were initiated during the early 1970’s prior to the passage of the American Indian Freedom of Religion Act of 1978. A true leader of the people, Bob stood proud and honored his ceremonial vows, which culminated in the most important recognition of being called an “ikce wicasa”- common man who was both humble and proud.

Margaret, Bob’s mother notes, I cannot express enough, my gratitude to the Indian community who brought this naming to the Seattle School Board. You will always be in my heart and prayers,” adds Margaret. 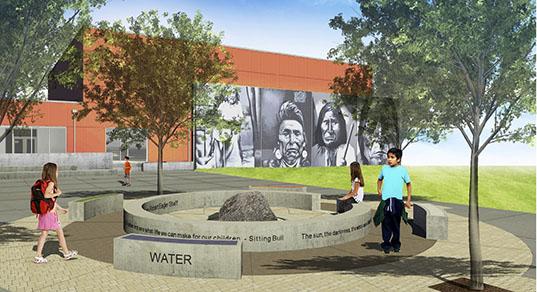