In the waters of the Salish Sea, along the coasts of Washington and British Colombia, a grieving Orca Mother has been carrying the body of her dead baby, in what’s being described as a grieving ritual, for over a week. 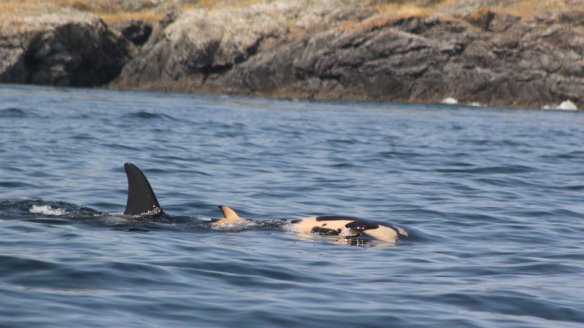 The pipeline would transport an estimated 890,000 barrels of tar sands crude from Alberta to Buraby, BC where it would be stored for export to Asian markets. An estimated 700 supertanker trips per year would carry the crude to foreign markets.

The fate of the TransMoutain pipeline looked grim last spring as mounting Indigenous resistance and opposition from the Government of British Columbia forced the pipeline’s backer, Kinder Morgan, to halt all construction of the pipeline and re-evaluate its commitment to the project.

On May 29th 2018, Prime Minister Trudeau announced that the Canadian government would buy the massive tar sands pipeline from Kinder Morgan for $3.5 billion. The irony of Trudeau’s move was not lost as he had ran for Prime Minister as a darling of liberals with promises of reconciliation with First Nations communities and better protections for the environment.

On July 23rd, Canada took possession of the pipeline.

On July 24th, for the first time in three years a baby orca was born to an endangered pod of Orcas in waters of the Salish Sea, an area that stretches from Olympia, WA up to British Columbia. The baby Orca died just a half hour after birth. The babies mother was spotted near Victoria, BC pushing her baby to the surface where she has been balancing her babies body, with the support of others in the pod, ever since.

According to the Whale Museum on San Juan Island, the endangered pod has seen its population steadily decrease over the years.

In 1995, there were 98 Orcas in the pod, today there are 75. In 2005, Orcas in the Salish Sea were listed as critically endangered. In 1999, Chinook salmon, the Orcas primary source of food, was placed on the endangered species act.

According to the Center for Whale Research, “Experts say their decline is due to pollution, underwater noise and disturbances from boat traffic, and lack of their favored prey, Chinook salmon.”

The Orca pods traditional territory sits directly in the route the massive oil tankers will take to bring the tar sands crude from terminals in BC and Washington to export to other markets. Trudeau’s pipeline will bring an estimated 700 oil barges through the Salish Sea annually. Surely, a death sentence to the endangered Orca pod and Chinook salmon. 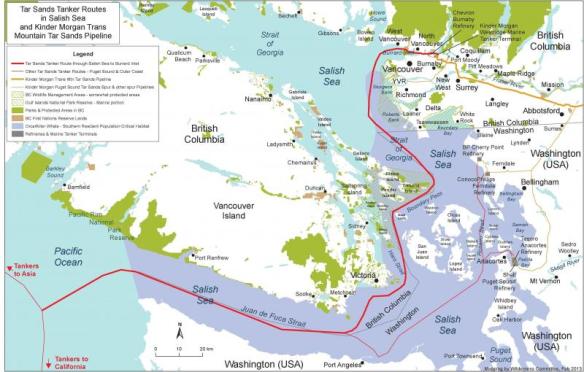 “Talaqwa (Sothern Resident J-35) carries her dead calf in grieving for 8 days and 3 round trip circuits around our Salish Sea. Their main food source, Chinook salmon, are endangered species, the bodies of salmon and Orca are filled with Mercury and PCB, every first born Orca calf is stillborn, if an Orca body winds up on the beach it has to be hauled way as toxic waste.

Our Salish Sea is dying, if it dies we die. Time to stand up and create positive change for the future of our Salish Sea, our Mother and our children if a future is important to us. We must work on the restoration of all creations, not just protect the remnants of Colonial annihilation. O siem” Paul Cheoketen Wagner Protectors of the Salish Sea