August 30th, 2018 – In a major blow to the TransMountain pipeline project, a Federal Court of Appeal decision has quashed the Canadian governments approval of the tar sands pipeline.

The decision overturned the federal government’s approval of the project based on two key areas.

One area was the failure of the National Energy Board to consider the TransMountain pipeline’s impact on the marine environment. This includes the impact from increased oil-tanker traffic through the Salish Sea and on the endangered population of killer whales.

Last month, the whole world watched as a Orca mother carried the corpse of her baby whom had died just 30-minutes after being born.

“In 1995, there were 98 Orcas in the pod, today there are 75. In 2005, Orcas in the Salish Sea were listed as critically endangered. In 1999, Chinook salmon, the Orcas primary source of food, was placed on the endangered species act.

According to the Center for Whale Research, “Experts say their decline is due to pollution, underwater noise and disturbances from boat traffic, and lack of their favored prey, Chinook salmon.”

If approved, the pipeline would have transport an estimated 890,000 barrels of tar sands crude from Alberta to Burnaby, BC where it would be stored for export to Asian markets. An estimated 700 supertanker trips per year would carry the crude to foreign markets.

The second issue, according to the court, was Canada’s failure to consult process with First Nations.

The court stated, “Canada fell well short of the minimum requirements imposed by the case law of the Supreme Court of Canada. For the most part, Canada’s representatives limited their mandate to listening to and recording the concerns of the Indigenous applicants and then transmitting those concerns to the decision-makers. The law requires Canada to do more than receive and record concerns and complaints.”

As a result, Canada must re-do its Phase III consultation. Only after that consultation is completed and any accommodation made can the project again be put before the Governor in Council for approval.

The end result may be a short delay in the project, but, if the flawed consultation process is remedied, the objective of reconciliation with Indigenous peoples may be furthered.”

The pipeline project has seen strong opposition from Indigenous communities on both sides of the border.

On unceded Secwepemc Territory, tiny houses have been constructed and placed in the path of the proposed pipeline. 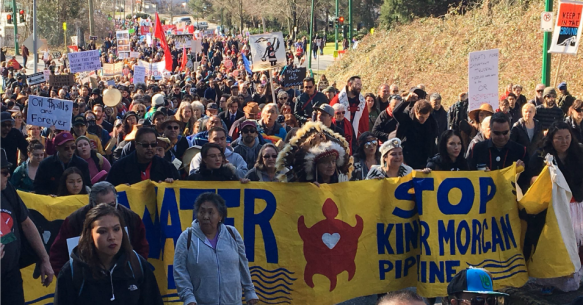 Members of the Tsleil-Waututh First Nation constructed a traditional Watch-House near the gates of Kinder Morgan in Burnaby, BC to serve as a launching pad for direct-actions.

To date, over 200 people have been arrested in actions against the pipeline with actions taking place throughout Coast Salish territory from Seattle to Vancouver.

In a statement read just after the Court’s decision Khelsilem, a councillor and spokesperson for Squamish Nation, stated, “The Trudeau government failed in its rhetoric about reconciliation with First Nations’ and this court decision shows that. This decision reinforces our belief that the Trans Mountain Expansion Project must not proceed, and we tell the Prime Minister to start listening and put an end to this type of relationship. It is time for Prime Minister Trudeau to do the right thing.” 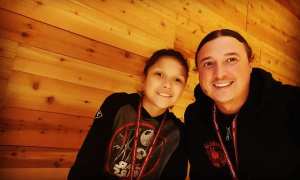