January 29, 2019 – Seattle, WA – on January 28th the King County Council voted 6-3 to approve a moratorium on all new fossil fuel infrastructure. With over 2.1 million residents, King County is the 13th largest county in the United States in terms of population.

“Saying no to new fossil fuel infrastructure is the first step to saying yes to real climate action, yes to a just transition & yes to a healthy climate future for all.” Jess Wallach, 350 Seattle

According to the Kent Reporter, The moratorium will last for six months and freeze new fossil fuel infrastructure developments across unincorporated King County. It also kicks off a regulatory rewriting process designed to update the county’s land use code and permitting regulations to ban new major fossil fuel infrastructure permanently. Additionally, it requires the King County executive’s office to complete a study on the effects of new fossil fuel facilities in the county.

In a press release, 350 Seattle states, “In particular, the ordinance will focus on changing land use zoning codes to block new bulk storage terminals and refinery or export projects. 350 Seattle hopes this will slow or stop fossil fuel infrastructure such as fracked gas pipelines and oil by rail. Activists packed the council chambers on Jan. 28, delivering impassioned pleas ahead of the vote along with statements from council-members.”

King County Councilmember Upthegrove, the ordinance’s sponsor, responded that, “We have a climate crisis. I was fortunate that members of the public approached me with the idea for this proactive legislation to protect our communities. That is how we are going to get out of this crisis: by listening to solutions that come from the grassroots, from people rooted in their communities, working together with their elected officials.”

Council member Larry Gossett talks about the disproportionate negative impacts on people of color from human caused climate change…and votes YES on the ordinance… so far 5 yes out of 8… we only need one more. @350_Seattle @Envir495F #FFKC pic.twitter.com/XMz9Z8BQwa

According to Common Dreams, Eric de Place and Ahren Stroming of the Sightline Institute state, “It’s the right time for King County to act. Over the last decade, Northwest communities have faced down an onslaught of proposals to build coal export terminals, oil-by-rail transfer depots, petrochemical refineries, gas export sites, and more. The combined carbon throughput of these projects would have outstripped the Keystone XL Pipeline by a factor of five. Most of these schemes wilted away in the face of sustained opposition, but a few goliaths still occupy the field: big proposals on the Columbia River, for example, would require new pipeline capacity in King County to deliver gas from the fracking fields of northern British Columbia.”

“Saying no to new fossil fuel infrastructure is the first step to saying yes to real climate action, yes to a just transition and yes to a healthy climate future for all,” said Jess Wallach with 350 Seattle. “That’s why more than 200 folks showed up to King County Council in the middle of the day to support this ordinance, and why thousands more King County residents called, emailed and met with their Councilmembers in the lead-up to today’s vote.”

In making this decision, King County follows in the footsteps of other communities, including Whatcom County, Tacoma, Portland, Oregon and Baltimore, Maryland, that have used land use zoning codes to ban new fossil fuel infrastructure projects.

“King County’s decision will protect the community’s health and safety from the dangerous fossil fuel expansion projects that have been looking for a toehold in the Pacific Northwest. And it sets an example of bold climate leadership that many other communities will follow,” said Alex Ramel, field director with Stand.Earth.

“Right now, Puget Sound Energy is massively expanding of fossil fuel infrastructure just over King County’s border,’ said Alec Connon with 350 Seattle, referencing the North Seattle Lateral Upgrade, which is being built in south Snohomish County and would increase Washington’s total greenhouse gas emissions by 3%. “The ordinance proactively prevents the gas industry and fossil fuel-hooked companies like Puget Sound Energy from doing something similar King County. This is an important step forward in our fight for a stable future and livable climate.”

The ordinance was drafted  by 350 Seattle and sponsored by council-member Upthegrove. 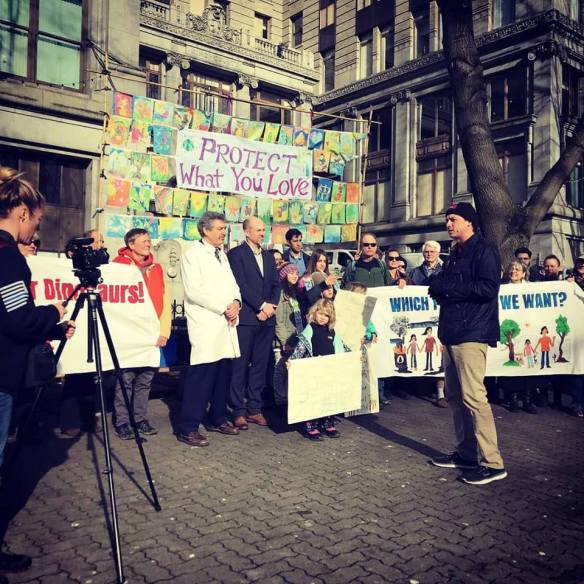 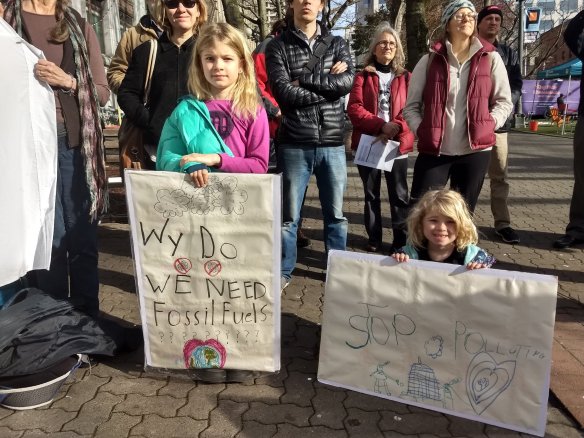 1 thought on “Climate Victory! A Major US County Voted for a Moratorium on New Fossil Fuel Infrastructure”