“Justice for the women of our Nations can no longer wait. Discrimination on the part of police services towards First Nations women must be subject to a specific review by United Nations bodies such as the Committee on the Elimination of Discrimination against Women. This is the message we are bringing to the United Nations,” declared Ghislain Picard, Chief of the Assembly of First Nations Quebec-Labrador (AFNQL), as part of a side event featured during the 18th session of the United Nation’s Permanent Forum on Indigenous Issues.

This event serves as a reminder of the too many cases of police abuse against First Nations women. This situation has contributed to breach the confidence of our Nations towards the justice system.

“Many women no longer believe in this system that has betrayed them and has not been able to protect them. That is why I am here to support their voices and to launch an international appeal so that they can obtain justice and respect of their human rights,” explained the Chief of Lac Simon First Nation, Adrienne Jérôme, whose community is adjacent to the city of Val-d’Or.

Grand Chief Verna Polson of the Algonquin Anishinabeg Nation Tribal Council who also participates to the Forum proceedings, added: “With the evidence presented to the two commissions of inquiry, we are still concerned that the Sûreté du Québec (SQ) or other police forces could commit unacceptable and criminal acts with impunity. The Sûreté du Québec has never apologized or initiated any dialogue with First Nations. This situation is deplorable and must be denounced.”

“Our issues have been the subject of several commissions and hundreds of recommendations. Yet few impacts allow us to believe in change. We will continue to remind the Governments of Quebec and Canada who should shortly receive two important reports (Viens Commission and the National Inquiry on Missing and Murdered Indigenous Women and Girls). We will be vigilant,” concluded Chief Ghislain Picard.

A copy of the Assembly of First Nations of Quebec and Labrador’s submission to the Viens Commission is available here.

About the Assembly of First Nations of Quebec and Labrador

The Assembly of First Nations of Quebec-Labrador is a political organization uniting 43 First Nations chiefs in Quebec and Labrador. Follow the AFNQL on Twitter @APNQL. 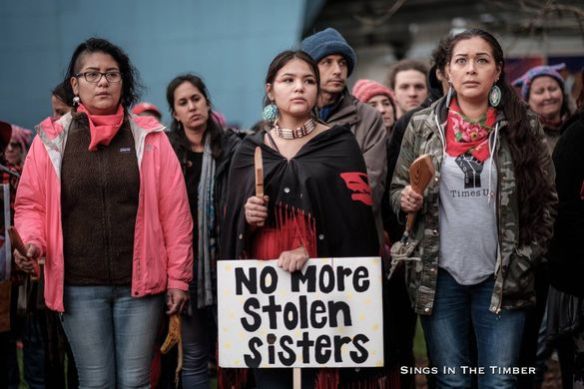 Photo by Sings in the Timber